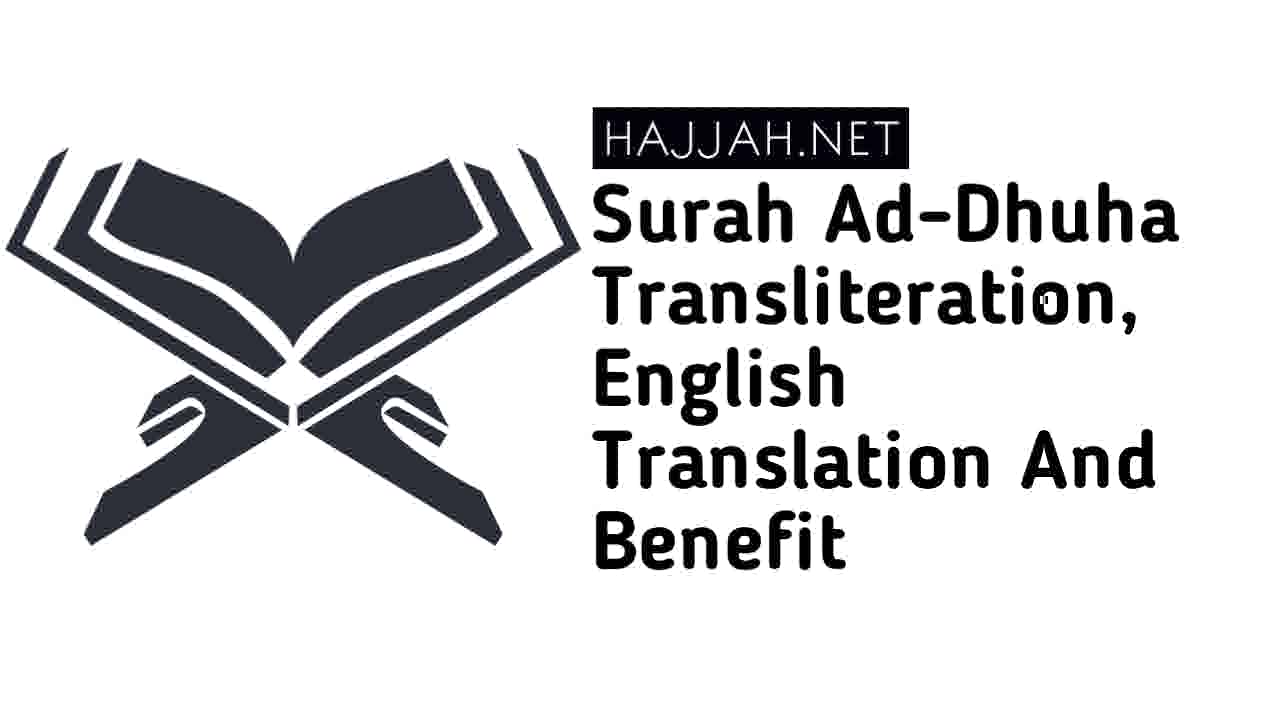 Surah Ad-Duha is the 93rd surah in the Qur'an. This surah is classified as Makkiyah because it was revealed in the city of  Mecca. Surah Ad-Duha consists of 11 verses. Surah in is often read in congregational prayers, as well as if someone performs duha prayers. The name of this surah is taken from the first verse of Adh-Dhuhaa, which means: "the time of the Sun is like rising".

In general, surah Ad-Dhuha describes the maintenance of Allah swt against the prophet Muhammad PBUH which never stopped even for a moment, dismissing the Quraysh infidels' claim that he was abandoned by his God, the prohibition of treating orphans and beggars badly, and Allah's command to the prophet PBUH to be grateful for all favors.

As most surahs in the Qur'an always have a background of events behind them that caused the surah to be taken down, so does surah Ad Dhuha also have the anxiety of the prophet Muhammad PBUH due to the cessation of revelation from Allah SWT for some time.

When the anxiety of the prophet Muhammad PBUH was at its peak, Allah SWT then lowered surah Ad-Dhuha in response to the questions and insults leveled by the pagans of Mecca who considered that the Prophet PBUH was no longer cared for by his Lord, because he had not received prophetic revelations for a long time. 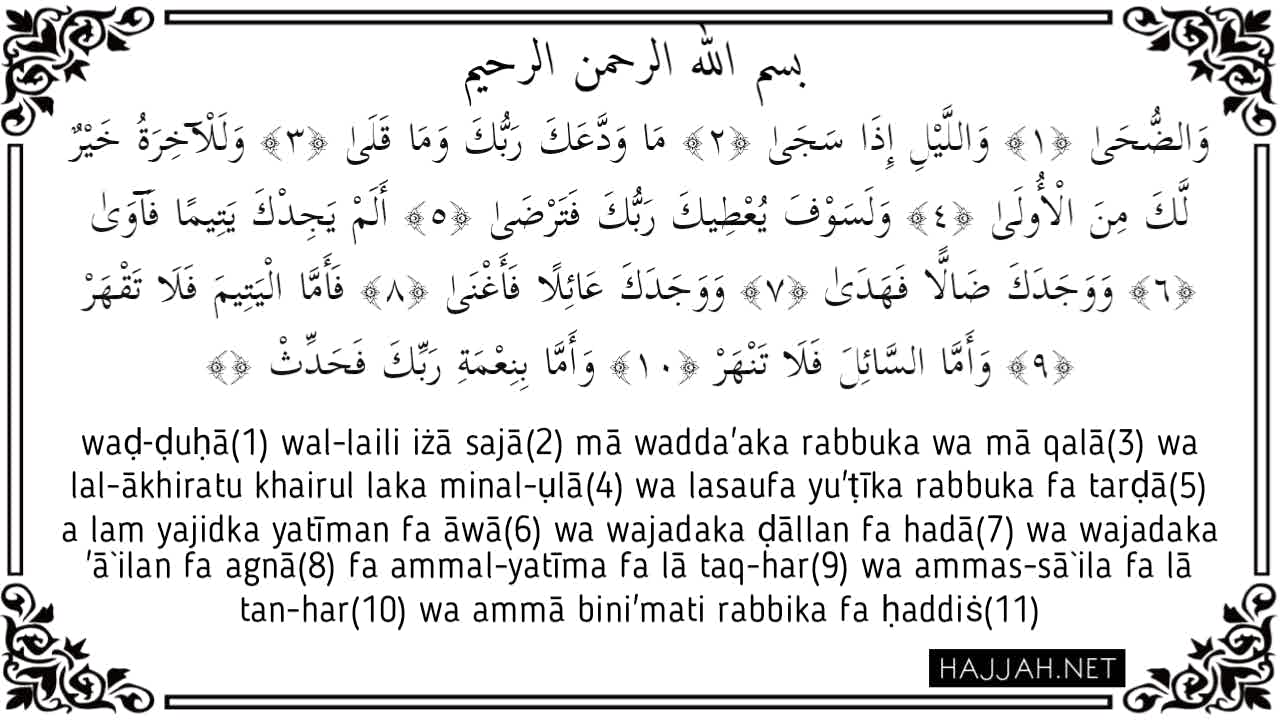 It was narrated that Jabir RA said:

With the lowering of surah Ad-Dhuha, the prophet's heart became serene and more enthusiastic in preaching. In this surah Allah SWT swears by two kinds of signs of His greatness, namely dhuha with his light and with the night and his darkness.

Thus the explanation of surah Ad-Dhuha complete with transliteration, arabic, english translation and benefits that you can get if you always get used to reading this surah. Hopefully this article can be useful for all of you muslims.