Dua When Entering The Mosque In Arabic, English Translation And Transliteration 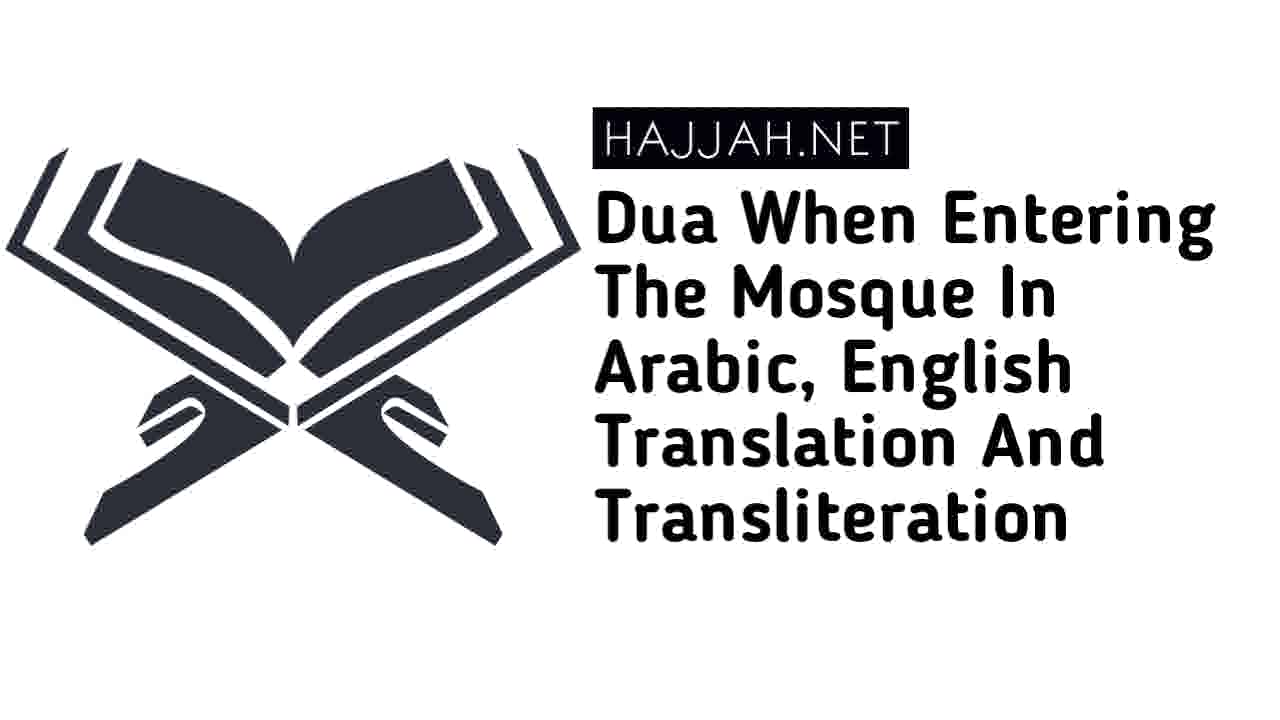 Dua entering the mosque is a dua that should be read when a Muslim will enter the mosque, on this occasion we will share the dua.

For Muslims, the mosque is a very holy place, in addition to being the house of Allah. The mosque is where a Muslim, especially a man, performs prayers five times.

Therefore, when a Muslim wants to go to the mosque, it must be in accordance with what has been taught by Islamic sharia. Starting from how to dress, you must wear polite and neat clothes. It is recommended to wear all-white clothes. Then how to enter and exit the mosque, starting from the dua that must be recite and which feet should be first.

Similarly, when we are inside the mosque, we must maintain our attitude and ethics. Among them, do not be noisy so as not to disturb others who are worshiping; do not chat because the mosque is a place of worship, not a place to chat.

As we discussed above, when we are about to enter the mosque and get out of the mosque, there is a prayer that must be recite. The dua is not too long and we think it is quite easy to memorize. If you have not memorized it, you can write it on a piece of paper and bring it when you want to go to the mosque and we believe that over time you will memorize the prayer. 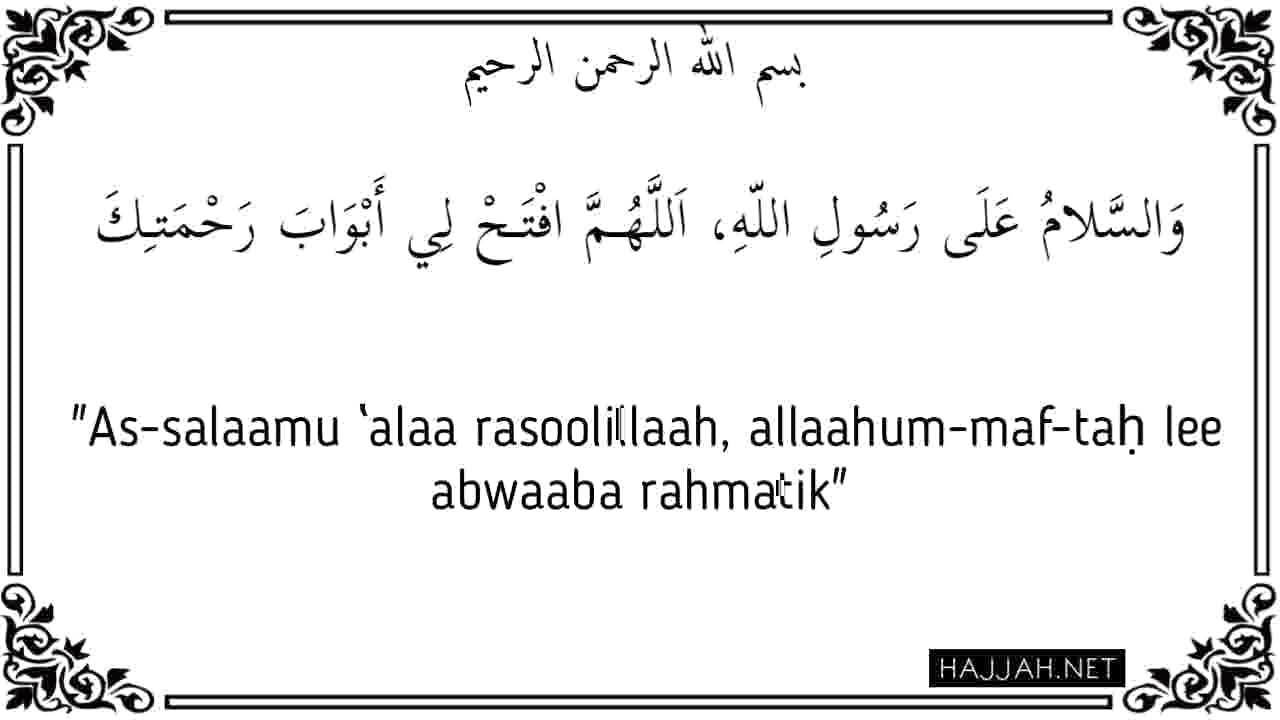 Dua When Entering Mosque In Arabic

"Peace be upon the Messenger of Allah. O Allah, Open for me the gates of Your Mercy"

Reading the above prayer is not mandatory but if you always read it then you will get abundant rewards as the following hadith narrated by Abu Hurairah:

The Prophet said, “The prayer offered in congregation is twenty five times more superior (in reward) to the prayer offered alone in one’s house or in a business center, because if one performs ablution and does it perfectly, and then proceeds to the mosque with the sole intention of praying, then for each step which he takes towards the mosque, Allah upgrades him a degree in reward and (forgives) crosses out one sin till he enters the mosque.
When he enters the mosque he is considered in prayer as long as he is waiting for the prayer and the angels keep on asking for Allah’s forgiveness for him and they keep on saying: ‘O Allah! Be Merciful to him, O Allah! Forgive him, as long as he keeps on sitting at his praying place and does not pass wind.

That is dua for entering the mosque that we can share and you should always read, hopefully this article can be useful for all of you and may we always be in the protection of Allah SWT.